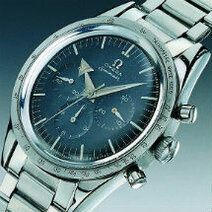 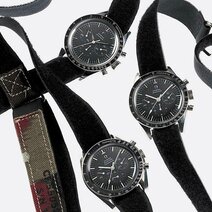 When on July 21st, 1969 Neil Armstrong became the first man to walk on the Moon, it was 2.56 GMT by the Omega Speedmaster he wore - as reported at the time - on his wrist. We now know that only Buzz Aldrin was wearing his watch; Armstrong had left his inside the lunar module as a precaution after an in-cabin timer had malfunctioned. Aldrin was wearing it more exactly on his forearm, strapped with Velcro around the sleeve of his bulky space suit. For several years already, since 1964 to be precise, the watch had been standard issue for US astronauts. But was it cut out for space?

The NASA had selected this now legendary model among five watches, purchased incognito from local stores then submitted to ruthless tests. The watch had to be robust and resistant, able to withstand extreme pressure and acceleration, variations in temperature ranging from -18°C to +93°C, and of course be sealed against humidity and dust. From the Gemini III mission to the last Apollo mission, the Omega Speedmaster set out to conquer space and witnessed each milestone exploit along the way, from the first space walk to the first rendezvous in orbit and, of course, the apotheosis: the first moon landing. It even played a crucial role during the ill-fated Apollo XIII mission: with all the in-cabin instruments down, its mechanical Chronograph precisely timed the firing of the secondary rockets to correct the ship’s trajectory and bring it back to Earth.

Decades later, the Speedmaster is still the only watch ever to have been to the Moon. Since this epic journey, the steel watch launched in 1957 has undergone several metamorphoses and has been given a new movement for greater autonomy. Still, its identity remains intact with its black dial, 60-second, 30-minute and 12-hour counters, tachymeter scale around the bezel and steel bracelet. No doubt the Omega Speedmaster will return to the Moon, though no-one can predict the day and time. 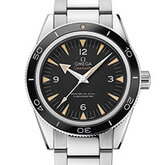 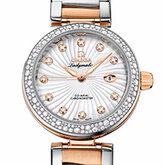 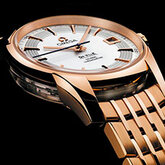 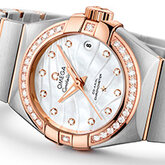