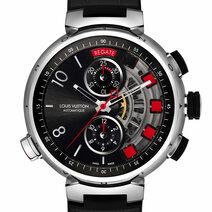 In 2010, La Fabrique du Temps developed an innovative movement for Louis Vuitton that marked the beginning of the Tambour Spin Time collection and its novel display of time on rotating cubes.

The Spin Time Regatta conforms to the America's Cup five-minute start rule. Skippers and crews have five minutes between the first signal and the cannon fire, five minutes later, to position themselves as best possible on the starting line. At the same time, the 30-minute chrono counter jumps forwards by five minutes. This way, the minutes before the start are included in the race time. 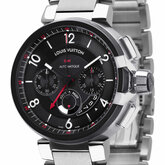 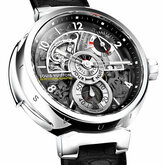 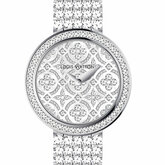