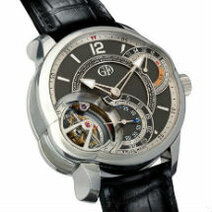 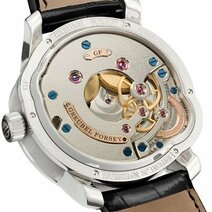 The Tourbillon 24 Secondes plays on speed of rotation to resolve the problem of exposing the oscillator to critical positions in relation to gravity.

The lowest variation in positions is no longer achieved by means of an average, but by a more rapid change in position. This faster speed significantly enhances the performance of a single-tourbillon system. A new inclined gear profile and an ultra-light tourbillon carriage counter the problem of mechanical stress imposed by this high speed. The 88 components in the Tourbillon 24 Secondes system weigh just 0.39 g. 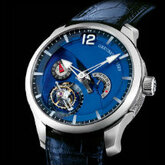 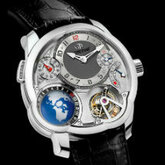 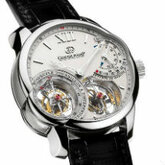 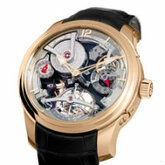