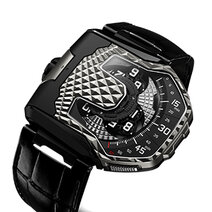 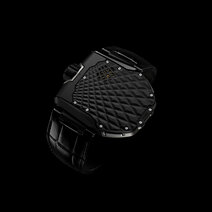 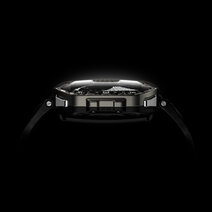 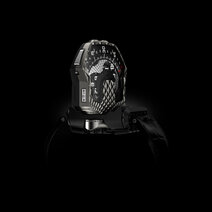 Transformer is quite a beast, but what else would we expect from Martin Frei

and Félix Baumgartner, for Urwerk's 20th anniversary year, than something very

much against the grain? As its name suggests, this reversible watch

transforms in the blink of an eye. A mystery object on the underside, the UR-T8

the 12 hours, in groups of four, run along the minute scale to show time both

digitally and analogically. This ingenious concept is materialised inside a

shaped case in textured titanium that begs to be touched as much as seen. 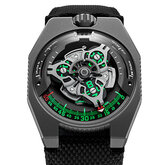 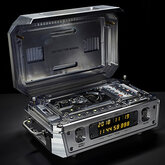 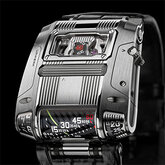 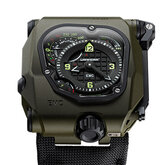 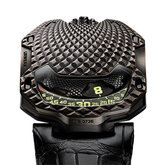 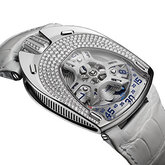 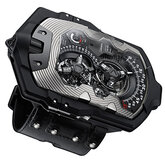