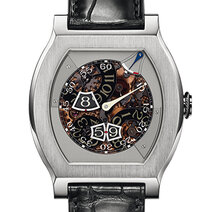 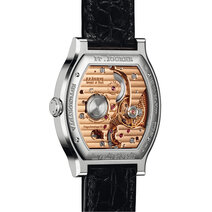 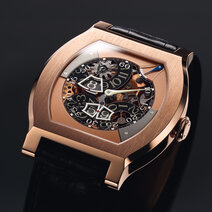 Vagabondage III is the third and final instalment in

the series by F.P.Journe, produced as a limited edition of 69 pieces in

watches, with a flat tortue case and a digital time display on a dial that bore

no signature. Sold at auction after intense bidding, their success prompted the

watchmaker to launch the Vagabondage series two years later, made up of three

watches corresponding to the original drawings. This third chapter takes the

form of a digital display of hours and seconds, with minutes shown by a white

central hand and power reserve measured by a blued steel hand at 1 o'Clock. And 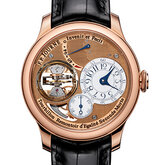 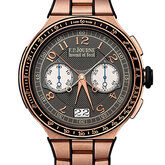 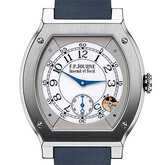 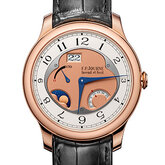 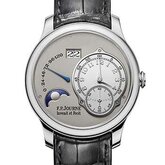 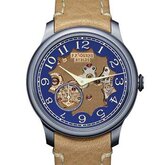