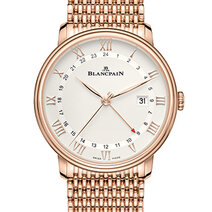 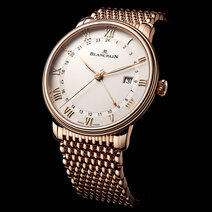 Until this year, the simultaneous indication of two time zones was always associated with a complex calendar in the Villeret collection. Now Blancpain is giving the GMT complication the attention it deserves by making it the centre of a new watch in red gold, still with the supremely restrained aesthetic of the Villeret range. It is remarkably easy to read: local time, to which the date is linked, appears in the foreground thanks to a raised chapter ring circled by the collection's characteristic Roman numerals. The reference time is shown on a 24-hour scale by a hand with a red triangular tip. Completing this information is a large seconds hand, recognisable by a counterweight adorned with the initials, JB, of Jehan-Jacques Blancpain. Such a prestigious timepiece warrants an exceptional movement, hence this new Villeret GMT Date is driven by the automatic-wound, in-house Calibre 5A50 with a silicon balance spring and four days of power reserve. As always, it is finished to the highest standards of refinement, with Côtes de Genève on the bridges and a honeycomb pattern on the gold oscillating weight. 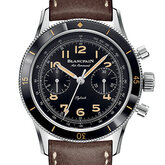 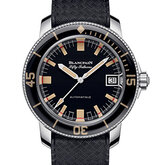 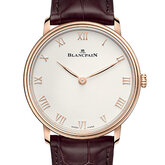 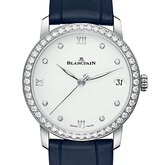 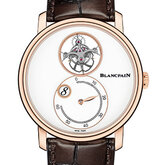 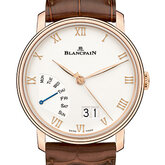 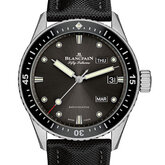 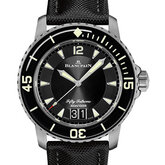 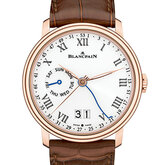 Villeret Week of the... 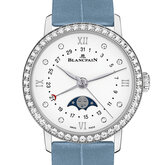 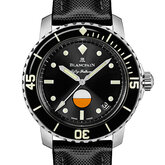 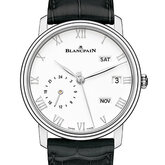