The Haute Couture house which Gabrielle CHANEL founded in the early 20th century presented its first collection of watches in 1987. The PREMIÈRE watch stayed true to CHANEL's identity with its octagonal shape, inspired by Place Vendôme and the N°5 perfume cabochon stopper.

The year 2000 was a milestone in CHANEL's watchmaking history with the launch of the J12 collection. Inspired by sailing, the J12 watch gave ceramic, a revolutionary material, its watchmaking credentials. Deepest black in 2000, all-over white in 2003, the J12 brings together day and night, masculine and feminine, strength and elegance, mystery and clarity.

CHANEL entered the world of grandes complications in 2005 with the J12 Tourbillon. Its collection has continued to grow ever since. In 2011, CHANEL invented a new colour of ceramic that gave rise to the J12 CHROMATIC.

A year later, the Mademoiselle Privé collection was launched as a showcase for the most subtle métiers d'art.

In 2015 CHANEL launched the BOY - FRIEND, a watch with masculine style intended entirely for women, and a superbly sober design with its pure, octagonal form.

The first movement to be designed, developed and made by Manufacture CHANEL in Switzerland made its debut in 2016. This CALIBRE 1 with jumping hours and instantaneous retrograde minutes launched the M£ONSIEUR DE CHANEL collection.

Thirty years after the PREMIÈRE, the magic of CHANEL watches is as powerful as ever, whatever the size, the choice of materials, the gem-setting or the complexity of the movement.

In November, she presented her first Fine Jewelry collection entitled, “Bijoux de Diamants”, in her “hôtel particulier” at 29 Faubourg Saint Honoré in Paris; a dazzling collection of jewelry pieces in platinum and diamonds.

Launch of CHANEL watches with the Première, inspired by the shape of Place Vendôme and the cabochon shape of the N°5 perfume stopper.

Opening of the watch and jewellery boutique at 18 Place Vendôme, opposite the Ritz Hotel where Mademoiselle Chanel once had her apartments.

Launch of the J12 Black, CHANEL's first sport watch in high-tech ceramic* for men and women.

The J12 Black confirmed ceramic as a Haute Horlogerie material. Enduring, avant-garde and elegant, the J12 became one of the twenty-first century's first iconic watches.

Launch of the J12 White, the first J12 in pure, luminous, white high-tech* ceramic to complete the colour range.

Launch of the J12 Tourbillon (limited edition of 12). CHANEL entered Haute Horlogerie with a hand-wound mechanical tourbillon movement, with the first ever ceramic main plate.

Launch of the J12 Calibre 3125. The J12 is now equipped with an automatic movement by Audemars Piguet and exclusively personalised for CHANEL.

Launch of the J12 Rétrograde Mystérieuse with an unprecedented combination of complications and world-firsts: tourbillon, retrograde minute hand to accommodate the retractable vertical crown at 3 o'clock, digital minute display when the minute hand is making its retrograde movement, ten-day power reserve. This complication was entrusted to one of the most cutting-edge watch design and construction studios: Giulio Papi and his team (APRP SA).

CHANEL brought new colour to watchmaking in the form of the J12 CHROMATIC, crafted from titanium ceramic, a new and highly scratch-resistant material. Its unique colour and sheen are achieved by adding titanium to ceramic, and polishing with diamond powder.

Launch of the Première Flying Tourbillon. The development of this exceptional tourbillon came about through close collaboration between CHANEL and the constructors, engineers and Swiss master watchmakers at Renaud et Papi (APRP SA), and was a first for both companies.The Première Flying Tourbillon was named Best Ladies Watch at the Grand Prix d'Horlogerie de Genève in 2012.

Launch of the Mademoiselle Privé collection, a showcase for the full array of métiers d'art that gives pride of place to craftsmanship. This delicate, richly symbolic collection pays homage to femininity.

Launch of the new PREMIÈRE watch. A new iteration of this iconic watch, originally created in 1987, with slimmer, longer proportions. The chain bracelet takes on a modern feel with easily adjusted links for the perfect fit.

CHANEL presented the BOY - FRIEND watch, a distinctly masculine timepiece, entirely dedicated to women. Its form alludes to that of the iconic PREMIÈRE watch, a part of the brand's watchmaking idiom with its simple yet refined aesthetic and strong line. The BOY - FRIEND is both classic and contemporary, its octagonal shape free from ornamentation; the angles are polished or satin-finished. The result is a clean, sober, strikingly bold design.

Launch of the MONSIEUR DE CHANEL collection, equipped with a new Haute Horlogerie movement that was designed and made for the collection at the Manufacture CHANEL workshops in Switzerland. This deepest black Calibre 1 is distinguished by its jumping hours and 240° retrograde minutes. These two complications are completed by a small seconds display. 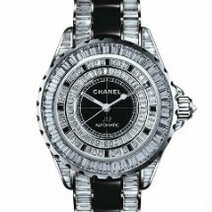 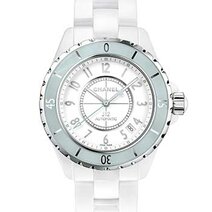